Online Storage to come to TV

Meetings have been taking place at Apple's headquarters in California and it is rumored that they may well be on the verge of taking their online storage services to the television industry. There have been various rumors on the internet but we believe that the most successful company in recent years isn't actually developing a TV but rather integrating their product Apple TV with their online storage facility, iCloud. This will allow users to purchase a film or TV series on their mac and then watch them on their TV, avoiding having to pay for the product twice. This is a completely new feature for online storage, meaning you can now not only secure your files and share them between computerized devices, but use them across completely different platforms. Lets not forget the more obvious benefits that this would have, for example if you had downloaded a film onto your mac to watch but then the file was lost, corrupted or deleted, you could recover the file thanks to online storage as well as being able to share the file with other online storage users. It is likely that if Apple were to adapt their online storage facility to include TV usage then other companies would follow suit and we could see a PC equivalent, but remember these are only rumors so watch this space for more info! 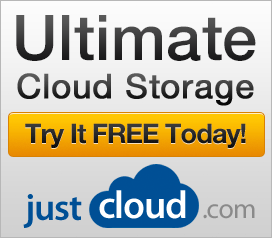